We meet the first and third Wednesday of each month at the Nokomis Fire Station. If you have received your COVID vaccination, welcome, if not, PLEASE WEAR A PROPER MASK. *THANK YOU* Coming from Sarasota or North, proceed a few blocks south of Albee Road on US 41 (past Matthews-Currie Ford) to Pavonia Road. Turn right (West, toward the bay) at the Fire Station's flashing yellow caution traffic light. If you are coming from the south on US 41, we are 2 blocks north of Dona Bay. Turn left onto Pavonia Road at the flashing yellow caution light. At the Fire Station, drive to the far end, or west side, of the firehall. Please do not block the fire doors! We meet in the training room at the far end of the complex. We Gather for a meet and greet at 6:00 pm Meeting called to order: 6:30 pm Ten-minute break: 7:50 pm Meeting Adjourns: 9:00 pm

Here we are again. We had an excellent turnout for this meeting with seventeen attendees, including two first-timers. We welcome Terri Winetraub and Pat Rotondo, and we hope you enjoyed your first visit.

The North Port Library invited James Kelly to deliver a program on Major General Winfield Scott Hancock’s distinguished career. Jim will be on stage in the Juliano Room Saturday, November 5th. Make plans to attend if you want to hear a compelling story.

Rod discussed an incident that occurred at our last meeting. As we mentioned in the previous blog, we remind attendees this is a group focused on writing. The subject matter nor our personal views on the subject have a bearing on the quality of the written piece. We are here to help the writer present a well-written work, not to censor what they write. If the presentation offends you, remain respectful and quietly step outside if you choose. Do Not Interrupt the reader.

Moving on to the night’s first reader, Ed Ellis entertained us with a poem titled Survival. Ed’s word choice and pace of the work evoke visions of the unknown surrounding our future. Represented by darkness, the stress and burdens of the ending appear daunting and bring out the savage in a modern human.

Ernie Ovitz brings the civilization of ancient Rome to life as he reads a Chapter from his trilogy depicting Roman life during the reign of Constantine. Three friends imbibe in mugs of beer while attending a boxing match. Things haven’t changed much as the antics of young men enjoying a night out in this piece mirror what we might see in a similar venue today. Ernie brings a most enjoyable, familiar touch to history in his writing.

Letters. How many of you still write letters? Not emails, but letters. Peter Frickel refers to letters as a “Collection of Heartbeats.” We think that is an appropriate description as the missives explain, entertain, and sometimes even aggravate the reader. Peter read from a work he is assembling. It is a collection of letters, albeit fictional, each telling a story of life. This letter was from one friend to another. A Legionnaire writes of missing his pet Leopard, Billy. Mixed with a meal description and a disturbance involving poachers in an African setting makes for an entertaining and exciting letter. Peter’s imagination leads us down a path revealing insight into the lives of two humans.

When Scott Anderson suffered the ills of Covid, he had no choice but to write a poem about it. I mean, what else does a poet do? His reading of Plague allowed me to feel his pain as it conjured the worst illness of my life in my brain. We’re glad you survived, Scott. His sense of humor and poetic skill produced two other offerings in The Visitor and The Tree Frog. As always, it’s a pleasure to hear Scott’s presentations.

After a short absence, John Hearon returned with another chapter of I Wasn’t Always A Hero. Mick suffers a burst of strange power and feelings as he views a painting in the storeroom of a museum. The second soul embedded in his body comes to the fore. Fionn mac Cumhaill, aka (Finn McCool), a Celtic warrior killed in battle in the third century, flares in Mick’s body. What consequences will this ancient being bring as it intrudes on the twenty-first century? Is Mick’s life changed forever?

Gaia continues to talk to Bruce Haedrich as she relates her story to Gaia II. Are we still in an Ice Age? Our modern scientists don’t seem to think so, but Gaia explains we are at the tail end of an interglacial period that has lasted for 11,700 years, and the ice will return. Gaia says, “think ahead 100,000 years. What do you see?”

What is your definition of courage? We think stepping up from a life filled with abuse, addiction, and fear takes great courage to look that history in the face and write about it. Tish McAuley has that task ahead of her as she writes. Whether it comes as a memoir or a fictionalized story, she has to face the facts of her existence. The story of Angel chronicles abuse from age three by a parent; through drug addiction to the most terrible horrific substances as a teen and young adult; and includes the trials of getting sober as she navigates her way through the world of drugs and drug dealers to a new and productive life. Write Tish, write as if your life depends on it.

A Legionnaire is wounded but discovers the virus infects him that causes Leprosy. Shipped from his native home in France and transported to the shores of French Guiana, thus begins his trial.
The story penned by Richard Cope entitled Le Cent parallels Victor Hugo’s epic tale now known as The Hunchback of Notre Dame. Upon arrival, our Legionnaire is banished to an abandoned and rotting plantation outside of the port city to await transportation to a Leper Colony in Acarouany. A young woman and a priest support him as they bring food and some comfort to his squalid surroundings. Save for a prized copy of Victor Hugo’s tome, Notre-Dame de Paris. 1482 he has little in the way of possessions. Stay tuned to see what happens. This well-written piece carries a moral theme and calls for humanity in our souls.

Don Westerfield brought two poems to us this evening. The Road We Travel and Echoes On The Wind. Traveling on the less traveled path, we sometimes lose our bearing. The good, the bad, and the indifferent all merge as we age into an intellectual fog. As Don said, “With all things going digital, I’m still analog. Thinking back, do we hear old voices echoing in the wind?

One of our newest members, Linda Maloney, brought a new piece to us asking for help in making it better. The work is well written, but a few inconsistencies got help from the group. That is what our group is all about. We are Writers Helping Writers, and I’m sure Linda can glean a few nuggets of wisdom from the suggestions presented this evening. Good Luck, and bring back the rewritten work next meeting.

Well! It was a productive night, and I look forward to our next meeting on Wednesday, October 5th at 6:30 PM here at the Nokomis Fire House. Until then, KEEP ON WRITING!

Posted by Rod DiGruttolo at Sunday, September 25, 2022 No comments:

Here we are again. We had an excellent turnout for this meeting with seventeen attendees, including two first-timers. We welcome Terri Win...

Please include Sarasota Writers Group in the subject line. 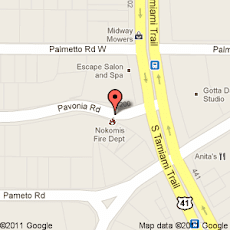 We are working on making our Blog better, at this time comments are not working properly. We hope to get that fixed soon. Thank you for your patience.